What is an Artificial Intelligence?

AI (Artificial Intelligence) is a machine that does not need a human to pass commands for the processes and solutions for the different problems. A.I does the processes without the human assistance and upgrades itself to a higher level by itself. For example; robots, computers, smart phones etc.

Is Artificial intelligence a threat to humans?

Humans have been in quarrels, wars and fights to get the power and the position they want to have. It may require to destroy nature, humans and every other possible thing that can be an obstacle and humans did not even slow down to do the inhuman acts. They even do not feel pity in ruining their own family being deeply in ego and possessive. However, when it comes to their extinction, they would not think even once to ruin anything which can be a chance of their extinction. This is a feeling given by nature.

Robots these days are not so complicated, cannot perform many tasks and do not know how to communicate fully but they are way better than old times. Now, they can move, learn some of human languages, pass some information, process the information without any human help. All these upgrades in them and still we way too far from the advanced phase of Artificial Intelligence. Humans are trying to give brain to Artificial Intelligence which can think for itself, has emotions, can perform multi tasks and upgrades itself with the surroundings. There are chances that humans are going to reach that point. 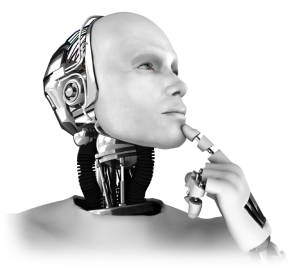 There is no any problem among the humans and Artificial Intelligence machines but when it comes to extinction and power and possession, they will both think to get every possible way to survive and to have the power and possession to them. While humans are natural creatures they believe that they have the most right to live on Earth. On the other hand, if Artificial Intelligence reaches in a position that they would be able to think and have emotions, they will try to survive and for survival they would do anything. The real problem starts from now. When this happens there is no solution but war. 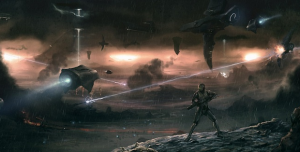 After all these years we have achieved some levels of language, measure problem complexity and a very small part of improvement.