5 Most Expensive diamonds in the world

The Diamonds were always remains the identity of strong, expensive and wealthy dynasties and cultures. Today you will know the top 5 most expensive diamonds in the history of the world.

De Beers Centenary Diamond is the highest grade of diamond that colorless and internally and externally flawless. It was classified as D levels by the Gemological Institute of America. The diamond itself is 273.85 carats (54.77 grams) in weight. This diamond is the 3rd largest diamond that produced by De Beer’s Premier Mine. It costs 100$ million. 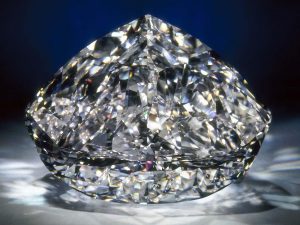 The hope diamond is 45.52 carats (9.10 grams). Its located in the Smithsonian Museum of Natural History in Washington DC. The Hope diamond looks blue in color to the naked eye because the number of traces of boron in the crystal structure but it shines a red phosphor under ultraviolet light. It costs 350$ million. 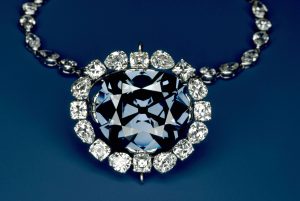 The Cullinan Diamond is 3,106,75 carats (621.35 grams) and it is the largest rough gem quality diamond ever find in the world. First of all, it becomes Cullinan I or Star Africa first after polish and at the weight of 530.2 carats (106.0 grams), it was the largest diamond in the world until 1985 before the Golden Jubilee found that was 545.67 carats (109.13 grams) from the same premier Mine. It costs 400$ million its very expensive you cant imagine. 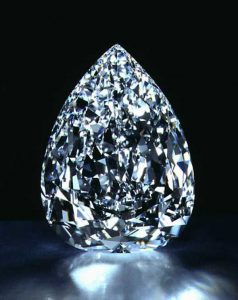 The Sancy Diamond believed as Indian origin. Its 55.23 carat (11.05 grams) of pale yellow diamond that was famous because of its belonging of the Great Mughals. It’s the first large diamond to be cut with regular surfaces. It’s also unusual because it has no pavilion, just a pair of crowns, one on the other. This historical diamond is now kept in the French Crown Jewel collection housed at the Louvre. Its priceless. 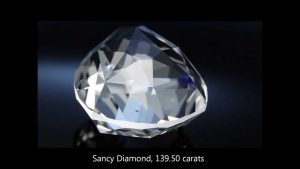 Kohinoor means as “Mountain of Light” in Persian. This was the largest and the purest and expensive form of Diamond ever known. Initially, The origin of this expensive Diamond was from Golconda in the Andhra Pradesh of India. secondly, owned by various Sikh and Mughal rulers that fought each other from time to time and finally went under the British hands. It’s size measure 36.00 x 31.90 x 13.04 mm. The Kohinoor remains the property of the British crown and now, its kept in HM Tower of London. It’s a popular tourist attraction in London for Diamond lovers. Its priceless. 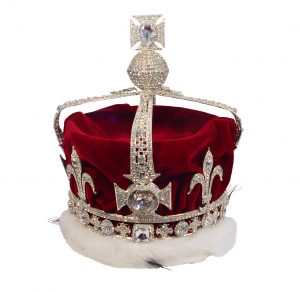