If you are bored with your studies and you gotta try an mystery and thriller supernatural manga “Death note” . its a classic manga  series created by writer Tsugumi Ohba and manga artist Takeshi Obata released in year 2003-2006.

The story of the manga revolve around a 12 grade young boy named Light Yagami, who was an intelligent and genius boy of his age and destined to be successful and progressed but he somewhat get bored from his daily routine. But that all changed when one day he found a note book in the courtyard of his school. The note book title was “DEATH NOTE“ 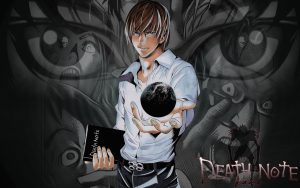 On the inside of the book cover there were instruction written that the owner of the book will be able to kill the person name whose name he wrote on the book, also “Any person’s name written in the Death Note will die in 40 seconds…. without fail”.

On the other hand story do tell that the original oner of the book was a Shinigami (Death God) name “Ryuk”, who purposefully drop the book from hell into the human word just as to 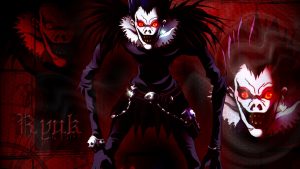 see what humans will do with such kind of power.

Light with his great intelligent came to a decision to use the book to kill the entire criminal and make an evil-free world. He thinks himself as a God and rationalizes his action as justice

“I am Justice! I protect the innocent and those who fear evil. I’m the one that will become the God of a new world that everyone desires! 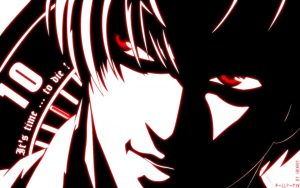 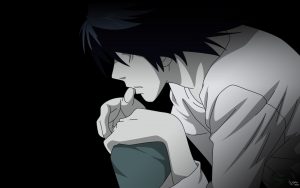 the help of a legendary detective “L”. L wants to catch the killer behind the scene in accordance with law “No Matter How Gifted you are… You alone cannot Change the World” that’s what L belief and what more interesting is that L is not the real name of him, so Light will not be able to kill with death note that easily…!

The story gets very inquisitiveness to see the death brawl hunting game between two geniuses L and Light. 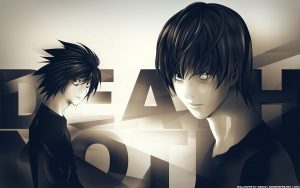 Now let me give you a proposal

“What will you do if you had a death note?”

Will you kill a serial killer? Or the one who bullied you? Or the one who annoyed you?  What a person’s life worth to you. What if you ask for help from a police officer and he snubbed you will you stand by and cover the truth or will you use death note? 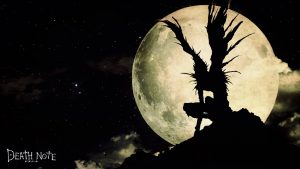 “There is no heaven or hell.

No matter what you do while you’re alive, everybody goes to the same place once you die.

How much you think a law should justify killing of a person.  Will you let a criminals live in the world even when you have the opportunity to kill them and in return it cost you nothing…! 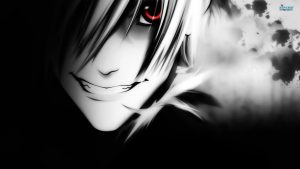 I think it’s a very robust effort to have an insight of yourself about such thoughts once in a while..!

Prev Next
7 Comments
Leave A Reply
Cancel Reply
Stay With Us
Loading Comments...