Procrastination and its causes

How many of us put off making an assignment till the day before submission date or hold off preparing for a quiz till the day before it is conducted? A lot of students can relate to this phenomenon. If you think it’s just you, you’re wrong. Procrastination is a monster engulfing 99% of student population. However, counter-intuitively procrastination is not just an unhealthy approach to work. It can be a healthy way of dealing with plethora of duties. There are two types of procrastination.

Active procrastination is a healthy phenomenon which is used mostly by perfectionists. They tend to defer pursuit of a goal until last minute and come through with the assigned task when anxiety builds up thus extorting their full potential and inculcating it into the task. 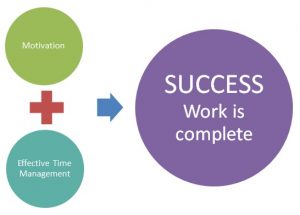 Firstly, lack of interest in the ascribed task may cause the student to delay it for as long as possible. Tasks should be made creative, appealing, and interesting in order for students to perform them heartily.

Secondly, presence of distractions may shift the student’s attention from the task at hand to something more appeasing.

Thirdly, lack of clarity in academic instruction may cause individual to put off the task at hand in hopes of doing it better later.

Fourthly, an individual may delay the task due to fear of outcome. He may fear failing thus he doesn’t even bother to put in his energy in anticipation of its wastage. He may even fear succeeding and impending responsibilities that arise with success.

Finally, lack of motivation and energy may be the underlying reason of procrastination. Individual lacking motivation do perform a certain task does not commence execution of that task because he is short of energy supply which is a major prerequisite of adept performance.

Steps must be taken to transcend this predicament of passive procrastination in order to achieve one’s full potential.