Save a life- Prevent suicide

How to help someone who is suicidal

A person who is thinking of committing suicide may not ask for help but that does not indicate that help is not needed or wanted. The people who commit suicide do not want to die instead they want the anguish and pain to stop. 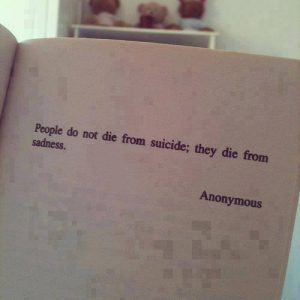 Suicide is the desperate attempt to elude the suffering. Most of the people who want to commit suicide are in a conflicting state about ending their lives. They wish that there was an alternative to suicide but fail to see it. They are clouded by the feelings of hopelessness and isolation. 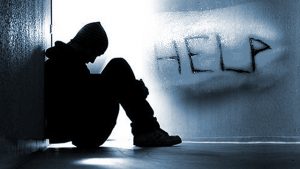 To understand suicidal people better, there are ten commonalities, the psychological features which play an important role in human self-destruction.

The Ten Commonalities of Suicide 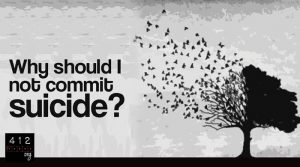 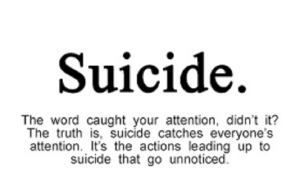 To prevent suicide, it is important to recognise the warning signs and take them seriously. If you feel that a friend, family member or relative is considering suicide, talk to them openly about their thoughts and feelings. You might be afraid and feel uncomfortable to talk to them, but it is best for them. In such a situation, the person needs immediate help. While talking to them:

By understanding what suicide is, we can play an important role in saving someone’s life. We need to take some steps in order to help that person. First, get the help of professional. Second, make sure that, that person is adhering to the treatment prescribed by the professional. Third, do not wait for the person to call you or ask for your assistance; instead be proactive. Fourth, encourages the person to adopt a healthy lifestyle (healthy diet, exercise, plenty of sleep etc). Fifth, remove the lethal means of suicide. Last but not the least, continue your support over the long period of time. Be there for them.