Existence of mind dates back to beginning of human life on Earth approximately 200,000 years ago. Humans have been gaining knowledge about potentially anything that they come across ever since their evolution. However, it is only 200 years ago that scientific study of mind emerged into being while origin of human anatomy and morphology can be traced far back into 5th century. It is human nature to emphasize on overt and neglect covert. No wonder medicine advanced by leaps and bounds owing to people’s growing needs while psychology took a back seat as people kept on burying the ideas of something occult being real.

Eventually, the clinical need for mind-healing augmented as World War 2 crawled towards its end leaving people in sheer mental and physical agony with both tangible as well as intangible scars. With the passage of time, the field of Clinical Psychology emerged as a savior and flourished to make room for itself among several other professions. 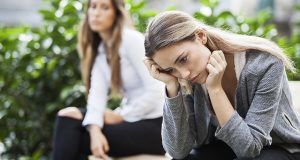 Awareness of mental health has been diffusing around the globe, faster in some places than others. Albeit substantial growth of the field, a huge amount of population hangs back on its way to seek mental aid. Their hesitation impedes them to acknowledge their mental illness rendering them unable to get around their insecurities and seek professional help in order to enhance their quality of life.

Even if they are cognizant of their dilemma, they dread the idea of society finding out about their illness and labelling them with all kinds of words that have derogatory connotations attached with them. The fear of being called ‘crazy’ holds them back within the bubble of their jarred self-esteem. The unconscious pressure of maintaining a normal image in society merged with inner defiance of anything being wrong with their mind robs them of fundamental insight and denies them to confess their problem be it as common as depression or as rare as dissociative amnesia.

Moreover, family’s awareness of mental illness plays an important role in development of the patient’s insight. If family is not ready to accept the reality in face of evidences, it is likely that the patient will hesitate seeking treatment. Family members usually blame patients with mental illness for their symptoms thus constricting the patient’s self-confidence even further. For example if there is a man with severe depressive disorder, he is likely to experience fatigue, lack of interest, insomnia or hypersomnia, increase or decrease in appetite, inability to experience pleasure and so on. His personal, social, and occupational life will be negatively influenced on occurrence of these symptoms thus his family and peers might accuse him of exhibiting laziness and label him as irresponsible. 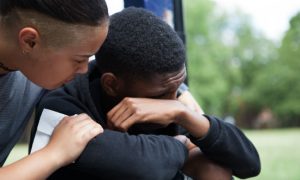 In addition to patient’s and his family’s lack of insight, there is another factor which might serve as a roadblock on the passage to treatment. It is difficult to overlook this hurdle owing to its enormous significance. Society is unequivocally a fundamental factor in a human’s life thus carving and shaping all his experiences and decisions for him. Unfortunately, our society is yet to accept the idea of mental illness afflicting someone in their surrounding let alone help him deal with it.

The moment a boss finds out about his employee’s diagnosed with schizophrenia, he will look at him differently. Even if he does not fire his employee out of pity, he will call him a schizophrenic for the rest of his service rather than just another employee with a manageable illness. All other workers will label him as a crazy person and mock him behind his back. Despite being educated, they will bury themselves deep in the pit of ignorance repeatedly making the patient question his abilities.

A school-going kid gets diagnosed with a mental illness and his friends will alienate him. He will have to sit in the classroom bench alone, eat in the cafeteria alone, get picked last in a sports team, and constantly get ridiculed by his teachers for slow learning.

We have the ability to turn this situation around if we educate people in our surroundings about feasibility of anyone getting a mental disease. A psychology course should be incorporated in primary, middle, and secondary school curriculum to instill the concept of mind in children because they are the future assets of this nation and they need to be aware of profound importance of mind and the peril associated with neglecting it.

10 Tools And Techniques to Defeat Writers Block For Good

10 Most Popular Celebrities That Inspire You Not To Give Up