Alien Life and Area 51 Both are Real

Head of Nasa says Area 51 and Alien life both exists.
NASA’s administrator believes we’re not alone in this universe.
In 2015, Charles Bolden, who has been the administrator NASA since 2009, said, “I do believe that we will someday find other forms of life or a form of life, if not in our solar system then in some of the other solar systems.

Today we know that there are literally thousands, If not millions of other planets, many of which may be very similar to our own Earth. The 69 year old former astronaut continued, So some of us, Many of us believe that we’re going to find.. Evidence that there is life elsewhere in the universe. 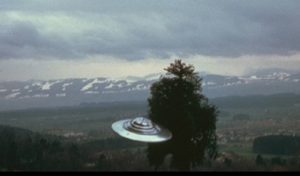 According to the History Channel, Frank Drake, a notable astronomer, created an equation that was able to estimate the likelihood of the existence of alien life, taking into account of a number of the factors including the average number of planets able to support life and the fraction that could go on to support intelligent life. The equation found that “hundreds of thousands” of planets that could support extraterrestrial beings could and should exist.

The existence of Area 51, has been a badly kept secret for decades and it has fuelled the imaginations of conspiracy theorists and UFO hunters around the world.

In 2013 the Central Intelligence Agency (CIA) acknowledged it’s exact location in Nevada, near Groom Lake, in a series of documents released as part of a freedom of information request. The documents describe how the facility had been used during the Second World War as an aerial gunnery for the Army Air Corp pilots.

President Dwight Eisenhower later approved “this strip of wasteland, known by its map designation as Area 51, to the Atomic Energy Commission Nevada test site and training range. It then became central in the development of the U-2 spy plane.

Major Bolden also said that one of the main reasons humans have not yet landed on Mars was down to the lack of adequate toilet facilities. NASA is hoping to send humans to Mars in the 2030s but said there were technological hurdles that still needed to be overcome.

The goal is to have us there in the early 30s. They won’t land, they’ll probably do an orbital mission like the first time we went to the Moon. We’ve got to get the Martian surface ready for human habitation. We’re not going to send humans down to the surface of Mars to build the habitats, the houses, we’re probably going to use robots.

Our technical abilities are not what we want it to be now. We need better life support system, we need a toilet that’s not going to break on the way there, then when we get to the Martian surface we need (a toilet) that’s going to work over and over again. Toilets are a big deal.

So why haven’t Aliens contacted us?

There are several hypotheses that try to explain why aliens haven’t reached out to Earthlings. One theory, titled the “Zoo hypothesis.” posits that aliens are actually preventing us from contacting them, so that the extraterrestrial beings don’t interrupt our natural development. In short. Earth might be a “zoo” for aliens, to watch our growth as a species.

This could be dangerous and we should be cautious of alien life, Stephen Hawking, one of the world’s leading minds on the cosmos, warns.