Recently, more than seven billion people live on planet earth, if we realize to know the human population on earth, we get this that it has been increasing day by day, in fact, human beings are far away and we don”t have realization and imagination of the future about the earth. needless to say, by the year 2050 this figure will have grown to ten billion people. More cautious prognoses predict that there will be around 11.7 billion people in the year 2100, but other estimates put the figure at over 16 billion! what will happen if the human population will have been increasing? 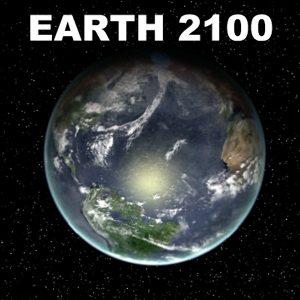 Majority of the people will want to eat, drive cars, live in an air-conditional home, will there be sufficient resources to go around. if we will really launch to manage everything that we have now, there are sure to be shortages of food, water, land, energy sources and raw materials. Experts, journalists, and associations are warning of wars over resources, catastrophic climate change, and an ultimately uninhabitable Earth.Scientists explore to find a solution to measure resource availability and consumption so as to decrease the issue. One such measure is the “ecological footprint”. This is the amount of land needed to keep up a specific person’s lifestyle and standard of living given current production conditions.  According to the Global Footprint Network, humanity is currently taking the Earth’s capacity by 50 percent! If everybody on the planet had the lifestyle of the average German, we would already need 2.5 Earths to support us all. 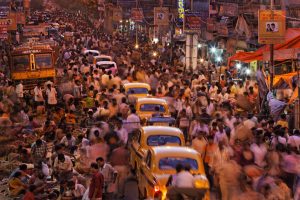 The world is supposed to get a lot more crowded

Currently, 60 percent of the global population inhabits in Asia, 16 percent in Africa, 10 percent in Europe, 9 percent in Latin America and the Caribbean, and only 5 percent in North America and Oceania. China and India are the largest countries in the world, together making up almost 40 percent of the world population. But these numbers won’t stay that way for long. The charts below, created by data scientist used the medium estimates of the UN figures, show our world is set to change in surprising ways and there is no more earth capacity for the human population. 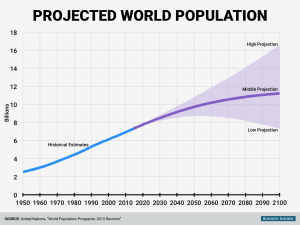 The world’s population is now odds-on to swell ever-higher for the rest of the century, posing grave challenges for food supplies, health care, and social cohesion. A groundbreaking analysis released on Thursday shows there is a 70% chance that the number of people on the planet will rise continuously from 7bn today to 11bn in 2100.

10 Most Popular Celebrities That Inspire You Not To Give Up

How To Become Successful