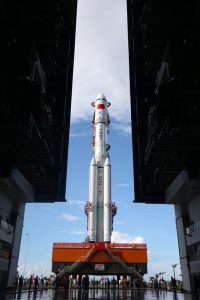 Last night I order a brand new BMW for rent to impress my cousins. They all were impressed except for one she asked me it’s not something big and grand I can even order a private get for us. The next cousin claimed that he knew a guy who can order a private cruiser. My brother was listening to our furbished talk he speak up “Do you know there is a person who can built a private space ship for you to just visit space for few days” and thus it all ended with an awe. Yes, it’s all true “China is developing very rapidly into one of the major space players,” says Fabio Favata, head of the program coordination office at the European Space Agency’s (ESA) directorate of science.

China as a super space power

On August 16 in Gobi Desert from Jiuquan launch center. China launched a pioneering “hack proof” quantum communication satellite, called Quantum Experiments at Space Scale. The purpose of this large scale designed satellite, is to explore the “entanglement” quantum. This phenomena is called “spooky” by Albert Einstein.

That’s not the end of it china is also preparing for another new rocket, a new space station, an X-ray telescope and a crewed mission by the end of this year. “You will see the Chinese quite visibly begin to match the capacity of the other spacefaring powers by 2020,” predicts Brian Harvey, space analyst and author of China in Space: The Great Leap Forward.

Expenses on these projects

6 billion dollar / program a year is estimated to spend around on its space project.

On the other hand, Russia is depending more than 1 billion $. Which is just a small as compare to space budget of America i.e. 40 billion $.

What is clear is that the Chinese space program is more willing than ever to cooperate. With the signing of the UN agreement.

It aims to host foreign experiments and eventually astronauts on their space station, the Chinese are opening up.

Prev Next
5 Comments
Leave A Reply
Cancel Reply
Stay With Us
Loading Comments...